Mental health education should be compulsory in schools in Wales to tackle the number of suicides among men, according to Samaritans Cymru.

The charity is also calling for basic mental health awareness training for all teachers in Wales.

Schools in England will deliver mental health education from 2020 and Samaritans Cymru said Wales should too.

The Welsh Government said it had launched a new curriculum dedicated to mental wellbeing.

In 2017, 360 people in Wales took their own lives – about three times the number killed in road accidents – and 77% of those were men.

The figures also show men aged between 40 and 44 have the highest suicide rate in Wales and that rates are two to three times higher in the most deprived areas compared with the most affluent. 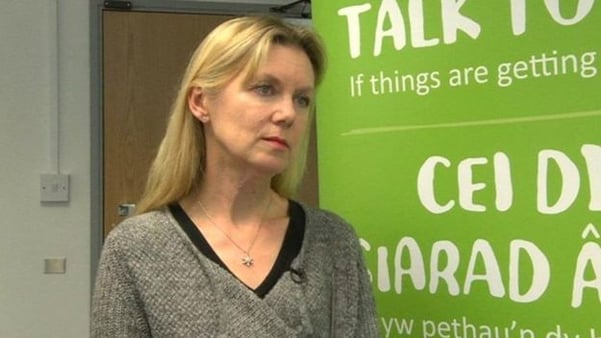 Sarah Stone says Wales is a step behind England

Sarah Stone, the executive director for Samaritans in Wales, said male suicide could be tackled in schools.

“We must equip boys and young men with the resilience and skills to manage their emotional and mental health so they can face the future with optimism,” she said.

“Effective suicide prevention must be based on prevention and early intervention.”

She added: “We have welcomed the statutory inclusion of mental health education in England. We believe it is crucial to achieve this in Wales too.”

James Downs, a Cambridge University student from Wales, developed OCD, depression and anorexia during his teenage years. He played truant from school and became increasingly isolated.

“I assume my teachers weren’t concerned about me being absent because I would get top grades anyway,” he said.

“As well as learning maths, science and Shakespeare, there should be room to learn about resilience in the face of the challenges life throws at all of us, and importantly, how to manage mental health.

“What does it say of our education system if there are people like me who may well be leaving school with good CVs, but are totally unequipped to cope with the basics of life?”

Cardiff University student Rosie Moore was diagnosed with depression and anxiety aged 19, but believes she could have accessed help earlier if her teachers had spotted the signs.

She believes her mental health was impacted on when her brother died, aged 18, when she was six years old. 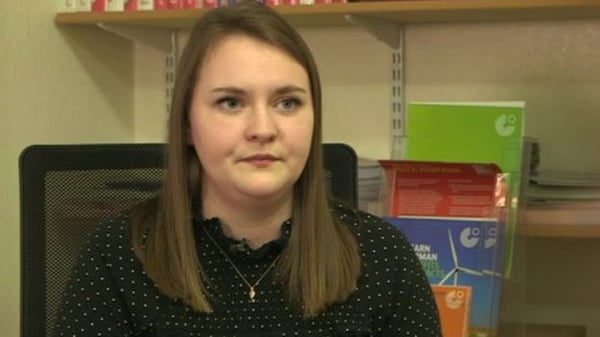 “I really could have benefitted from some sort of professional help but nothing happened,” she said.

“None of my classmates or immediate teachers knew what had happened and one teacher asked me if I had been off with a cold when my brother had died a few days previously.

“I was exhibiting signs of anxiety even then and, if that had been picked up, I could have got counselling or been referred to a GP very early on.”

Education Secretary Kirsty Williams said a new area of learning dedicated to health and wellbeing in the curriculum put mental health in equal value to other subjects.

“We have also invested £1.4m to run in reach pilots such as the CAMHS project which introduces mental health practitioners into schools to support both teachers and pupils in identifying and dealing with mental health concerns,” she said.

Former nurse at Bath hospital struck off as her English was not good enough. The Nursing and Midwifery Council said... read more

First nursing associate makes the leap to registered nurse A nurse from Derby has paved the way for trainee nursing... read more

Woman plays violin while surgeons remove tumour from her brain

Woman plays violin while surgeons remove tumour from her brain. Dogmar Turner was worried she may lose her music skills... read more

Major expansion of first contact physiotherapy jobs to be announced

National Trust opens for free to give ‘access to space’

National Trust opens for free to give 'access to space'. GETTY IMAGES / JENNY MILNER PHOTOGRAPHY The National Trust has announced it... read more